This year, I decided to do NaNoWriMo (National Novel Writing Month) again. It’s been 5 years since I’ve actually signed up to do it. The first time I didn’t even get through half the word count needed to “win”. I tried again a couple of years ago, and I made it a couple of days before life intervened. I thought about it last year, but we had just moved to a new city halfway across the country. What with one thing and another, I felt very overwhelmed. This year, though, I decided I would do it for a couple of different reasons.

At the beginning of the year, like I have for the past couple of years, I have chosen 3 words for the year. The three words are like a guideline for what you want to accomplish and who you want to be. I got the idea from Chris Brogan who started it quite a while ago. This year for my three words I chose: Brave. Writer. Finish.

The first word, Brave, has helped get me out of my shell and forced me to try new things. It allowed me to start taking Salsa lessons and stick with it. It gave me permission to try performing the salsa routine we learned in class when the time came (and it reminded how much I loved being on a stage). It encouraged me to make new friends and try other new experiences. I still find myself getting squeamish about trying new things, but I’m a lot more likely to actually do them now than I was before. I’ve actually gotten into the habit of questioning why I don’t want to try something new, and then honestly trying to answer that question.

Writer and Finish, however, haven’t worked out so well this year. I have written more blog posts, but I haven’t written a lot of fiction. Writing fiction was one of the things I had intended to do, when I chose the word “Writer”. The year isn’t over yet, though. So there’s still time. It’s never too late to start something, right?

I’m certainly not getting any younger. I’ve written on and off since I was a little girl. So, why has it taken me this long to get to this point?

Honestly, I’ve been at this point before. I decided to try and write full-time when I dropped out of college, but I wasn’t really prepared to put the work in. Then a few years later, I started the first version of my book. I worked really hard on it, because I was inspired. But the longer time went on, the less I worked on it. I was stuck in “the middle” as they say. I was Atreyu in the swamp of sorrows after he lost his horse Artex. I was still moving towards my goal, but every step seemed even harder than the one before. Eventually, I lost the thread of the story altogether.

So, why now? Because I’ve learned the hard way that if you aren’t putting your best effort towards your dreams today, you have little hope of them coming true tomorrow.

Over the years, I’ve started, stopped, and restarted this book many times. Too many times. That has left me with a sum total of 62 scenes spread across multiple versions of the book. It’s a messy reminder of my inability to finish something I’ve wanted to do my whole life.

But I haven’t finished it. Not even close. I started the book that I will be rewriting this time around too many years ago. An embarrassing amount really.

So it’s time. It’s time to figure out if this book has a chance of being finished. Maybe riding out NaNoWriMo to it’s inevitable 50,000 word conclusion isn’t a definitive answer, but it’s a good shot at it. And I’m willing to take it. 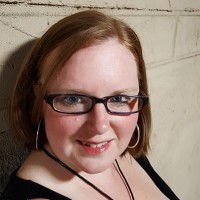 I’m Cool With Where I’m At Right Now, Because I Know This isn’t It

2 Books, A Couple of Projects, and an Apartment that Needs Setting Up