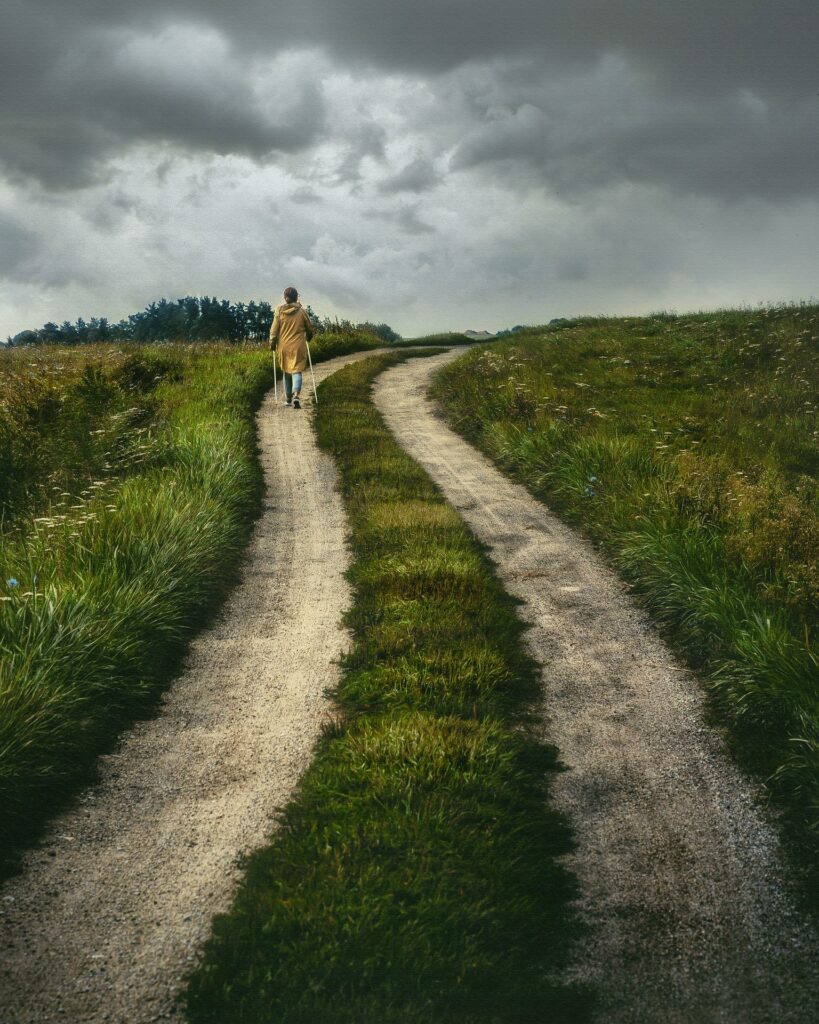 Recently, I listened to the audiobook version of “Four Thousand Weeks: Time Management for Mortals” written and narrated by Oliver Burkeman. It’s an interesting book that doesn’t gloss over or even deny the fact that we literally have only so many weeks on this earth before we depart it for whatever is out there beyond death. In fact, this book embraces that concept and uses it as a way to help you find your place in the world and use it as you see fit. Part philosophical book and part practical treatise, it forces you to face the reality of your situation and discover what you really want to be using your time for.

“Four Thousand Weeks”, by far, has done more for my sense of self and decision making on what I want to do with the rest of my life than anything else I have read, listened to, or watched. It was so good that I’m going back, relistening to it, and taking notes.

I actually finished it weeks ago, but some of the concepts keep echoing around my head, making noise that is hard to ignore. And as these thoughts keep cropping up, I keep coming to one clear realization: I am not where I want to be.

Don’t get me wrong, there are so many things which are good or getting better in my life right now. My relationships, my financial situation, my work-life, and some health related things I’ve committed to and followed-through with. These leave me with a sense of gratitude that I didn’t always have.

Still… there’s something missing… Something… Not. Quite. Right.

Maybe it’s the looming number 40, waiting for me at the end of this year. Maybe it’s a sense of mortality that has been gripping me more and more these days. Whatever it is, it’s time to go after what I want.

5 years ago, I tried a life reboot and was moderately successful. If you check out that blog post, you’ll see that some of the same items appear on that list as on the list below. That’s to be expected. During that time in my life, I had just gotten separated from my then-Husband and was trying to find myself again. So, some of the things I tried to change stuck, and some didn’t.

I think part of the reason that I was only moderately successful, was due to the fact that I was trying to make a lot of changes in my life while also dealing with a major life-change. I forget, a lot, that I need time to adjust when life throws me for a loop. That’s just a reality. Taking on more during these times almost never works out for me. Still, I managed to make some progress, and I’ve done even more between now and then that I can and want to build on.

Which brings me to what this reboot means to me. A reboot isn’t a way to wipe the slate clean. We can’t ever start over again. The things that came before always inform and change the way things happen after. It’s a natural fact of life and linear time, and no amount of denial can take that away. So, a reboot, at least in my mind, is more of a course correction. A slight change in the journey.

This time, I’m also trying not to worry about the destination as much as I did last time. This time I want to try and enjoy taking the first steps in this continuing journey, rather than seeing it as “just another set of goals to achieve”. Goals always seem to have such a concrete ending. The point of this isn’t to get through it and then be done. The point is to make these changes a part of my life moving forward.

Hopefully, I can stick with that mentality.

So, here’s my list of things I want to practice and incorporate into my life.

I’ve had a weird relationship with sleep these last few years that I don’t remember having before. I’ve experienced a lot more insomnia, more nights where my dreams are so weird that it makes it feel like I didn’t sleep at all, and more mornings where I wake up and I still feel tired. It’s recently gotten a little better. I believe that is partially because I started exercising again. The exercise hasn’t been very consistent, but when I do exercise I notice that I sleep better. I’ve also been trying to keep with a fairly standard bedtime routine. Nights when I stick with it more tend to also lead to better sleep. These are 2 things the experts suggest you do when trying to get better sleep, so they must be on to something!

My plan for this is to tweak the time I fall asleep and my basic bedtime routine until I come up with something that I can stick with more often than not.

Recently, I started trying to exercise consistently again. But it hasn’t quite stuck. I’ve always had a problem with being consistent for long periods of time with this. So, I started thinking about what I really liked about exercising and I realized that most things that I like can be categorized as “movement as mediation”. These are usually solitary activities (though not always) that help to center me as my body moves through the exercise. For me, this is yoga, dancing, running, martial arts, biking, and lifting weights. Each of these ground me in some way. Whether it’s working out my aggression with martial arts, weight lifting, or a good hard run; working the kinks out with yoga, or expressing myself and pushing my body while dancing. So, this time, I decided to focus on that instead of my usual reason which is usually to “lose weight” or “get more fit”. Both of these are likely byproducts of this practice, but focusing on these reasons in the past has almost always brought me heartache.

So, instead I’m going to practice what I like: daily yoga or mobility work, weekly Zumba classes at the YMCA, Thriller dance practices (a couple of times a month for now), and run as often as my body will let me. We’ll see where that gets me.

Get More Out of Nonfiction

During my last reboot I wanted to “read more nonfiction” that wasn’t blog posts. I tried several different things, and the only thing that’s really stuck for me is audiobooks. I don’t really listen to fiction audiobooks, but this format for nonfiction really works for me for some reason.

I’ve finished several books by buying and listening to them from Audible and now I want to do more with it. I follow several people on YouTube and other places on the internet who swear by taking notes from books and then using those notes as a way to either review what they’ve learned or to incorporate those lessons into their life.

I’ve done this with a few blog posts, and realized how much easier it was to remember what I read. Apparently, I’ve been out of school long enough that I had to relearn this lesson. Trying to tackle this practice with the “Four Thousand Weeks” book gave me a better understanding of how difficult it is to do for a longer format piece. So, I’ll be trying to make time for this, as well.

This is probably the most significant area of my life that I want to change. I have been round and round the mulberry bush many times on this practice and it’s about Damn Time I quit messing around. I’m taking this moment to say once and for all that “I am a writer”. I always have been. Now I need to incorporate it into my daily life, so I don’t wince (both inwardly and outwardly) every time I think about or someone asks me about my writing.

To me, this practice not only encompasses nonfiction writing, like blog posts about my life and industry articles, but especially fiction. Because I believe in planning things out, I’m going to set myself a practice of writing at least 250 words every day. In addition, I’m going to specifically work on finishing some short stories I’ve been working on for a while. Which leads me to the next practice.

Put My Writing Out There

Okay… So… Just writing the title of this practice down is giving me serious anxiety. Even before I started writing these words, I felt my heart speed up and I had to take a couple of deep breaths before I could put my pen to paper. This is a big deal for me.

Last year I found a site called Reedsy while looking for a place that had a writing community or writing contests. Every week Reedsy would post five prompts to their site and you had 1 week to finish a story based on and submit to up to 3 of those prompts. A winner would be chosen each week and awarded a $50 prize. The story contest entry fee was free. They’ve recently changed their format, so that entries are $5 and the prize is $250, but I digress.

Anyway, after I took a look at some of the old prompts to get an idea of what they were like, I signed up for that site that very day. I remember working pretty vigorously on those first couple of week’s prompts. But I could never quite finish in time or get my story to fit within the 1,000  – 3,000 word limit they impose. I came close a couple of times. One time, I thought I would be able to submit the story just under deadline, and when I went to double-check, realized that the timezone for the deadline is Eastern (one hour ahead of me). I got so discouraged by that, that it was a while before I picked up another prompt.

I managed to start several stories that were never finished or posted last year, and that’s where having this previously written material will (hopefully) help kickstart this practice.

I plan to finish the short stories I started, using the “write more” practice and then post them to this blog.

I know I’m likely to get some negative comments on these, but that is part of the process. You can’t write in a vacuum. Especially if you plan to publish a novel one day like I do. So, stay tuned, if you’re interested.

So, now we come to the part where we talk about the practical side of things (i.e. tracking). Last time I used an Evernote template to help me keep track of what I had done, what I hadn’t and how I might improve. I’ve since moved to Notion, and I’ve already got a place where I try to track daily routines. I’ll modify that just a bit to fit my needs to track daily and weekly, and maybe I’ll share what it looks like in a later post.

I feel like I’ve written enough about this for now. More to come later.

Hi, I’m Cassie. I love books and media and think that they have the power to change our lives. I also love to write, play games like Minecraft and ARK, cook, run, and dance. For a living, I provide Digital Marketing and Website Design services under the company I founded Team 3 Media. Currently, I’m working on writing more, learning to bake better bread, and staying consistent with my health and fitness goals.